What Is TLS VPN? - All You Need to Know About TLS

What Is TLS VPN? All You Need to Know About TLS 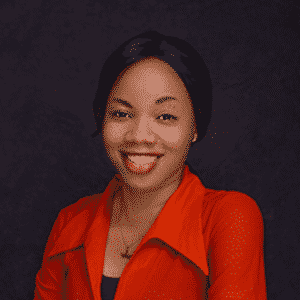 As much as people want to browse the internet freely, some level of protection is necessary. Virtual Private Networks (VPNs) are saddled with the responsibility of making your browsing experience a smooth ride, free of hurdles like hackers and government agencies infiltrating your connection. VPNs utilize various security protocols to achieve that feat and secure your data from end to end. One of the protocols used is Transport Layer Security (TLS). TLS is the successor to SSL (Secure Sockets Layer), and it provides secure data transmission from your web browser to an internet server.

SSL has depreciated and is now considered insecure. On the brighter side, TLS is a much more improved model of SSL that aims at securing every data emanating from a web browser. If the URL in your address bar starts with “HTTPS://”, it means you are connected via TLS, and your data is secure.

The TLS protocol is considered one of the most widely deployed security protocols in the world today. This protocol encrypts all data as it tunnels them to the server. The encryption provided prevents infiltration by cyber crooks. Also, to a vast extent, TLS does a great job in encrypting traffic data. So, VPN providers have taken to integrating the protocol into their security systems. What TLS does is to make sure data is securely delivered over to the server without any snooping or alteration throughout the transmission.

Many people talk about TLS or Transport Layer Security as a standard but don’t actually realize that there are multiple versions. While people may ask “What is TLS?”, they might not actually be aware that many VPNs should be talking about TLS 1.2, the more up-to-date successor of the authentication and encryption protocol. Having said that, TLS 1.3 is far newer, having been released in 2018, and offers significant improvements in performance and security, and reaches a “full handshake” far quicker than any of its predecessors.

How Does the TLS Protocol Work?

After the protocol agreement, the transmission of traffic data proceeds via two layers— the TLS Record and the TLS Handshake protocols. The first layer ensures a stable and private connection, while the latter encrypts your traffic data.

The mechanism of action described above assures the safe delivery of the client’s traffic data to the server end. TLS helps to shut cyber crooks out and, as a result, keeps data secure all around.

The Differences Between TLS and SSL

SSL went through several sorts of upgrades before finally evolving into TLS. TLS has successfully displaced its predecessor (SSL) in the cyber world today because TLS delivers more advanced and robust encryption detail.

Even though the differences between those two protocols are not so distinct, you can still spell out some peculiar features that identify TLS from SSL. TLS and SSL are not entirely interchangeable, but TLS still offers some level of compatibility with devices formerly using SSL.

Finally, it might seem trivial, but it is worthy of note that SSL had a “No certificate” alert message. On the other hand, TLS modified the alert message into several other alert messages.

Benefits of the TLS Protocol

The Transport Layer Security Protocol is a package that comes with a lot of goodies. It has pros over its predecessor, SSL, and other security protocols. These benefits are what have put TLS at the forefront for a lot of internet users.

Some of the benefits are highlighted as follows:

One standout feature is the improved security of TLS. This protocol encrypts data and transmits it via a secure tunnel from the client end to the server end. That mechanism makes it very difficult and almost impossible for any external party to sneak in on the communication network. TLS helps secure sensitive information like payment details, passwords, and security answers.

In line with promoting data integrity, TLS prevents any alteration of traffic data that is being transmitted. No hacker will be able to redirect your line of connection or peep into the secure TLS tunnel to steal private details that could incriminate you or get you scammed. Your email address, credit card details, passwords, ID numbers are all under the protection of TLS.

When web users get to know that a particular site uses the TLS protocol, they get an assurance by default that the security of their data communications will not be compromised. As a result, site visitors trust your website and will be relaxed to visit more often. Being a two-way benefit, the level of security a site visitor gets is proportional to the visits and feedback a site owner will get. With TLS, it’s a win-win.

Google’s attitude here goes a very long way to emphasize how concerned they are about users’ privacy and data integrity. Asides from keywords, Google algorithm uses security levels to rank search results. Addresses that start with “HTTPS” are encrypted with TLS as the “S” (in HTTPS) stands for Secure. So having that encryption on your website gives you an edge from the get-go.

The TLS protocol isn’t without cons; they are highlighted below:

The mechanism with which TLS uses is complex and has a lot of processes which directly impact the rate at which your data are processed. However, TLS doesn’t necessarily slow down your connection speed, but your requests might take a little longer than you are used to.

Older versions of TLS are not upgraded. Versions 1.0 – 1.2 are found to retain their susceptibility to Man-in-the-Middle attacks and some other attacks like POODLE, DROWN, and SLOTH.

Also, TLS is for web-based applications. TLS VPNs protect only the traffic emanating from your browser. Other apps are not under the jurisdiction of this very secure protocol.

As a site owner, if your TLS protocol isn’t well set up, you still have some pages being addressed with HTTP while others have HTTPS. People visiting your website will get warning signals from their browser; giving them a massive pool of doubt about the security of their data.

This review sheds light on the basics of how TLS operates. Even though the demerits seem to balance out the merit in numbers, it is evident that the ups outweigh the downs of TLS. As long as you get the setup right and use the latest version, there isn’t much to worry about regarding TLS.