How to Use NordVPN on Xbox: NordVPN Xbox Tutorial

How to Use NordVPN on Xbox: NordVPN Xbox Tutorial 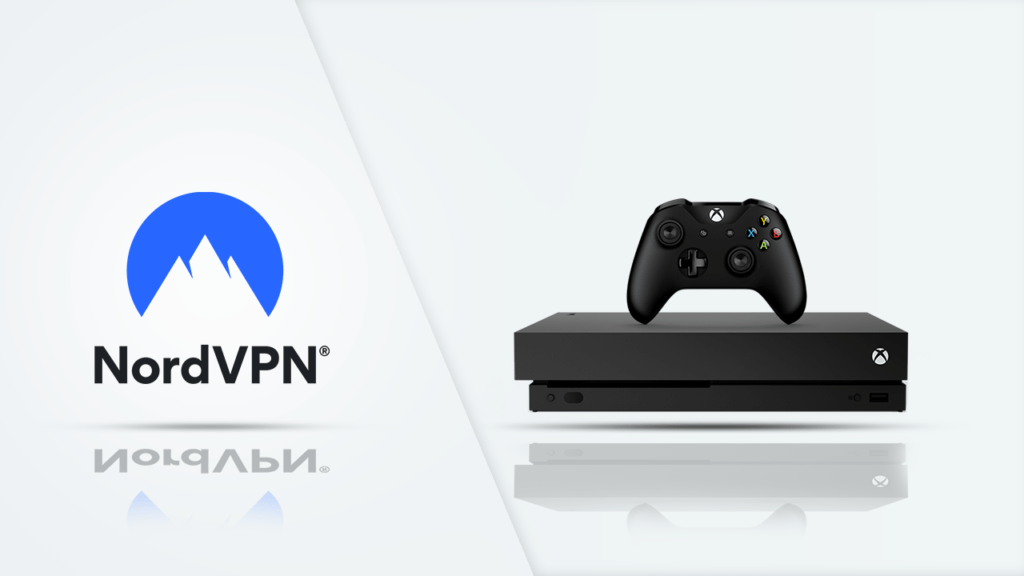 Xbox is a video gaming console brand, which provides realistic graphics for games. It is owned and developed by Microsoft. You can connect the game console to a television or any other display media. Originally called the DirectX Box, the console was intended to be the first game system created like a PC, but with all the flexibility and power of a gaming rig.

The Xbox console helped Microsoft gain an early advantage in the online gaming market. Microsoft is currently a force to reckon with in the gaming industry. The Xbox brand includes consoles like Xbox, Xbox 360, and Xbox One.

The Xbox One is the latest game console in the brand. Its controller has a built-in battery and a slightly different design from its predecessors. It is more powerful and also faster, with increased memory and better graphics. However, it is not compatible with most of the applications and games that the last two had. One of such applications is a Virtual Private Network. However, in this article, we’ll show you a workaround for this.

How to set up NordVPN on Xbox One

Even though there are not many VPN apps on most gaming consoles, it is still possible to use NordVPN on the Xbox. However, we must say that it is not as easy as with other devices. Here, we will focus on the Xbox One, as it is the most current one.

We must first establish that this process is a bit technical and is not so straightforward. However, we are here to put you through. There are four ways you can set up NordVPN on your Xbox. You could set it up via Mac. The second way is setting it up via PC. You could also set it up via a Wi-Fi router. Another way is to share your Computer’s VPN with your Xbox.

Setting up NordVPN on Xbox One via Mac

For this method, you will require an Ethernet cable, an Xbox One, a Mac, and an active NordVPN subscription. The steps you need to follow are:

Setting up NordVPN on Xbox One via PC

For this method, you will need an Ethernet cable, an Xbox One, a PC or laptop, and an active NordVPN subscription. These are the steps to follow in setting up NordVPN on Xbox One:

Setting up NordVPN on Xbox One via a Wi-Fi Router

This method is one of the easiest ways to set up NordVPN on your Xbox One. There are two ways you could set up NordVPN on your Xbox One via a Wi-Fi router. The first approach is to purchase a Wi-Fi router that provides support for built-in VPN services. Although this might be a bit pricey, it’s the easiest route to take. The second approach is to purchase your NordVPN subscription and manually enter the details of the VPN into your Wi-Fi router.

This option is a bit tricky as it is exceedingly difficult to give a step-by-step guide as to how to go about it. The reason for its trickiness lies in the differences in the brands of routers you may purchase. However, this is the general process:

Do not use your Xbox VPN to log into region-locked content daily. You do not want to become blacklisted. If you download anything that is region-restricted (hey, we know you will!), try not to use the multiplayer feature too frequently. However, you can access region-locked Xbox Live Apps through your Xbox VPN. They are third-party affiliates and won’t necessarily have Microsoft’s strict region restricting policies.

Changing the Region on Xbox One

You cannot download some apps on your Xbox One unless your region is configured to the correct region. The first thing you would need to do is change your region. Changing it would help you gain access to those apps that are only available within specific regions.

The process is as follows:

Why you should use NordVPN on your Xbox

First, when playing online games with a VPN, you may notice a lag. However, it depends on the VPN server location and the quality of its provider. Using NordVPN would help reduce lag, as it typically makes use of servers that send your online data through data centers.

Using NordVPN may also help you gain access to games that are not officially available in your location. Ordinarily, when a new game is released on the same day all over the world, it will appear first in Australia, because of the time zone differences. However, with NordVPN, you can make your console think that you are in Australia, and thus gain early access. Simply put, it can open your console to regional content that is otherwise unavailable. This content includes games, video services, apps, and more. NordVPN is especially helpful in accessing a variety of Netflix libraries, video streaming, tapping into international programming, or bypassing blocked YouTube videos.

Generally, game prices vary from region to region. But, with NordVPN, you can connect to a region where the game is available at the lowest price.

In this day and age, where cyber-insecurity is on the rise, using technology to protect your Internet activity from malware and hackers is quite smart. NordVPN would also shield you from public Wi-Fi networks, and block annoying ads. It does so with an Advanced Encryption System, which has 256-bit keys. This is the highest level of encryption in the tech world today. It is used by the military and even the government of countries like the United States to protect valuable information.

The way NordVPN works is by creating an encrypted tunnel through which your private data, which has been split and encapsulated passes. Thus, the encrypted data appears like gibberish to any third-party who has gained access to it.

Once you are connected to any NordVPN server of your choice, you can browse the Internet under the cover of its IP address and location. With every new connection, your online identity changes to a new IP address, which hides you under a new encryption shield. Therefore, it means that no government can get a hold of your browsing history, as you have none. Also, hackers and ISPs cannot read your private data, should they manage to intercept it.

With NordVPN, you are not only guaranteed security, but also speed. Thus, you no longer have to choose between these essential features, as you can now have them both. You can enjoy a speedy VPN experience, alongside being shielded by encryption that matches military standards. You can also enjoy a hitch-free streaming experience without bandwidth throttling and buffering. Simply put, you can have unlimited Internet access without fear of bandwidth limits or censorship with NordVPN.

Another great feature of NordVPN is that you can secure five other devices alongside your Xbox with only one account. Such devices that may be secured include smartphones, routers, and computers.

NordVPN is also highly recommended because of its smart algorithm, which automatically selects the VPN server for you. It performs this function based on your location, special requirements, or loads.

NordVPN software also offers two versions of the Kill Switch feature, which is used to monitor your connection to your NordVPN server. If the connection drops accidentally, the role of the Kill Switch is to block your device from gaining access to the Internet. It also prevents applications you have already specified from accessing the web. This feature comes in handy in areas with an unstable Internet connection.

In addition to all these, NordVPN guarantees that it would pay you back your money fully within the first thirty days of subscription if you are unsatisfied with the services they render.

Now you know all about how NordVPN works on Xbox. But if you’re looking to install a VPN service provider on your Xbox, it’s because you want access to unlimited content.

Enter Kodi. Kodi is a fantastic open-source media player with an unlimited supply of content. There are add-ons on Kodi that are just like the apps on a smartphone. A unique feature of Kodi is that anyone can create an add-on related to anything and make it available online. This is to say that Kodi is an Open Source platform, which explains why the content supply is limitless.

How To Install Kodi on Xbox One

In a couple of minutes, you can install Kodi on your Xbox One.  All you need do is follow the steps enumerated below. Once you do so, you can gain access to endless video entertainment on your Xbox. Here are the steps:

Now, you can start using Kodi on your Xbox.

NordVPN has many advantages to offer, and you should consider getting one for your Xbox today. Note that even if you own an older Xbox, the setup process for Xbox 360 VPN and Xbox One VPN is more or less the same. Read our NordVPN review today.