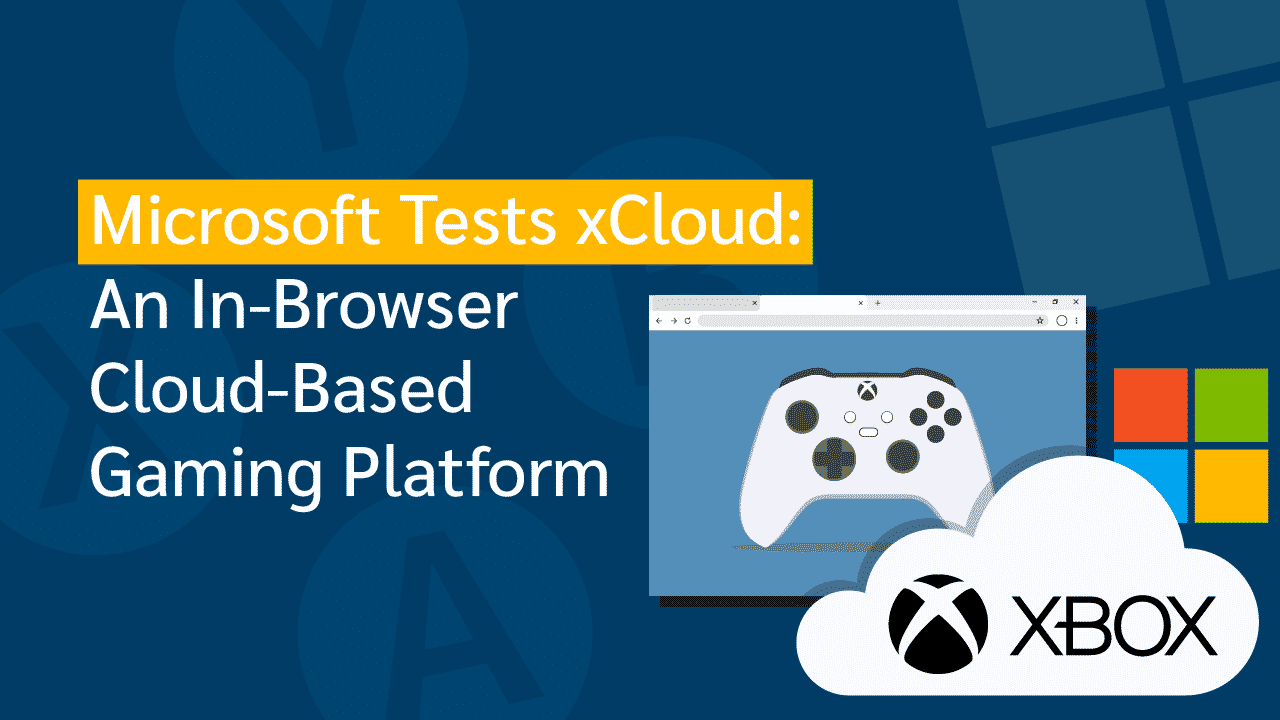 Advances in technology have paved the way for various revolutions in the gaming industry. There is now a vast difference in the way people played games ten years ago compared to now. For starters, you barely see cartridges around anymore, and even discs are beginning to lose their relevance; Sony now ships off the popular Playstation 5 without discs.

Aside from console games, every major device now has a provision for gamers to enjoy playing games. In fact, engineers are now building devices with gamers in mind. The latest revolution in the gaming industry is cloud-based gaming. NVIDIA GeForce NOW, Google Stadia, Amazon Luna, and now Microsoft xCloud are examples of popular cloud-based gaming platforms.

You don’t have to download or install games on your local storage. All you require is a reliable internet connection and access to the platform you intend to use. Playing games on the cloud seems like you’re playing it on your device. In reality, you’re playing the game on a remote server but interacting with it through your device.

What Is Microsoft’s xCloud?

xCloud is Microsoft’s cloud-based game streaming platform. Microsoft launched it in September 2020. At the moment, only 21 countries have access to xCloud, but that number is likely to increase in the future. xCloud offers gamers without the Xbox console the opportunity to play Xbox games on any mobile device that has the ability to connect to the internet. It has over 200 games in its catalog.

Only Android users have access to xCloud for now, but Microsoft plans to make it available for Windows 10 and iOS in the future. Gamers will have access to Microsoft’s servers in its data centers as xCloud takes advantage of Microsoft’s cloud service–Azure. Since there are 54 Azure regions worldwide, they should not have any problems getting reliable service.

Microsoft is currently testing access to xCloud via a web browser so it can be available for iOS and Windows 10 devices. This is because Apple requires individual games to be on the iOS store before xCloud users can play them.

How Does Microsoft’s xCloud Work?

xCloud adopts Azure’s server network to deliver outstanding service to gamers. Microsoft equipped servers in Azure datacenters with hardware identical to that of its Xbox One device. This is why when users access xCloud to play any games, performance is similar to that of another user playing on the Xbox console.

For gamers to use xCloud, there are a few requirements. They include the following:

1. You need an Xbox Game Pass Ultimate subscription. It costs about $15 per month and gives you access to the Game Pass library and Xbox Live Gold.

2. You need an Android device with at least an Android 6.o Marshmallow operating system and Bluetooth 4.0.

4. You need a dependable cellular or wireless connection; Microsoft recommends a 5GHz wireless link. Download speeds of at least 10Mbps and latency not more than 60ms will give you an enjoyable experience. You can also use the touchscreen for some games.

Without meeting these requirements, you will either have a bad experience using it or have no access to it. Now let’s take a look at the step-by-step process to play games on Microsoft’s xCloud.

1. Download the Xbox Game Pass application from the Google Play Store. Make sure you download the stable version and not the beta version since there’s a chance you might come across it.

2. Connect a controller to your device. You can connect either through Bluetooth or USB. Connect it before you start the application to avoid any issues.

Should I Use a VPN for Microsoft xCloud?

xCloud is pretty much safe to use. There have been no reported breaches or hackers taking over gamers’ accounts. Using a VPN to protect your connection to xCloud’s server infrastructure might not be a bad idea, but you must be willing to accept the speed and latency effects that come with using a VPN.

For users outside countries that xCloud does not currently support, using a VPN can help access it. It will require changing the Play Store country to any of the countries xCloud supports before you can find the Xbox Game Pass application. It is important to note that Google only allows one change per year. You will also need an Xbox Game Pass subscription. You can use a PayPal account to pay for it.

How Does Microsoft’s xCloud Compare To Other Cloud-Based Gaming Platforms?

Google Stadia offers a few exclusive features, including Crowd Choice, State Share, and Stream Connect. It has an engine known as Crayta, where users can play games and create games with friends. There is also a unique Stadia Controller that has a Google Assistant integration. Pro users can stream in 4k and use Google Assistant using Chromecast Ultra.

GeForce NOW allows you to use its infrastructure to stream games. Unlike Stadia and xCode, there are no free games, but you get access to other platforms like Steam to buy games or play the ones you already own. There are also no notable unique features as NVIDIA just wants to provide computing power for users that cannot afford high-end gaming rigs.

xCloud relies on Xbox’s and Azure’s success in the gaming and cloud market, respectively. There are no special or unique features. At the moment, it’s just a platform that promises users access to Xbox games and better performance on Android devices.

Stadia has 179 games that are either already available on its platform or scheduled for release. Popular examples of games include DOOM Eternal, Mortal Kombat 11, Ghost Recon Breakpoint, and MotoGP 20. Google has plans to add at least 400 games in the future.

GeForce NOW has several games in its catalog. We don’t know the exact amount of games, but it seems like a lot since Nvidia keeps adding more games. Its support for other game stores like Steam, Uplay, and Epic allows you to access a vast amount of games.

xCloud has over 200 games in its library. Since it connects to Xbox’s Game Pass Ultimate, you can access Xbox One and PC games. Microsoft commits to adding more games in the future. With an VPN you might be able to access even more content on your Xbox One.

Google Stadia offers a subscription model where users pay for games they intend to play. It has two subscription packages: Pro and Base. Stadia Pro provides more in terms of resolution (4k HDR) and sound (5.1 surround sound). You also get free games and discounts on games you buy. It will cost you $10 per month to use Stadia Pro. Stadia Base is free, with support for 1080p resolution and stereo sound.

GeForce NOW also has two subscription plans: Free and Founders. The Founders plan costs $4.99 per month or $24.95 for six months. It offers perks such as RTX ray-tracing acceleration, six hours per session limit, and priority access. The free plan gives you a one-hour per session limit.

xCloud is free to use. You only need an Xbox Game Pass Ultimate subscription, which costs $15 per month. So technically, it’s not free. It’s more expensive than Stadia Pro and GeForce NOW Founders membership.

Google Stadia offers cross-platform compatibility. It works on any device that can connect to the internet. Although Stadia has a list of mobile devices it supports, it doesn’t mean using other devices won’t work. It supports macOS, Linux, Windows, Android, iOS, and Chromecast Ultra. Just be sure to use the Chrome browser on devices that don’t have custom applications.

xCloud is only compatible with Android 6.0 and later. However, it’s looking to support Windows 10 and iOS in the future.

xCloud is currently available on only Android devices, but it’s already working on an in-browser solution for iOS and Windows 10 users. It appears to be free but requires an Xbox Game Pass Ultimate subscription. Overall, it certainly needs more work, but it is a breath of fresh air for Android users who want to play Xbox games.