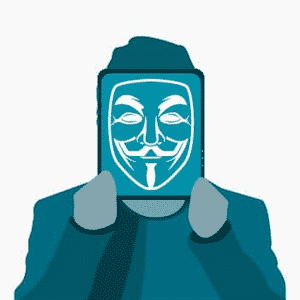 In the privacy and security community, you’ll most likely come across the phrases, ‘5 Eyes,’ 9 Eyes,’ and 14 Eyes,’ especially if you’re into internet security or VPNs specifically. These terms refer to a group of countries with an existing international surveillance agreement.

These countries have decided to work together to collect and share intelligence data. Countries that are part of the alliances work with Internet Service Providers or use the law to monitor people without their knowledge. These alliances can be a threat to your privacy if you live in any of the member states or use a service that operates in any of them.

The Five Eyes Alliance refers to an intelligence-sharing agreement between the United States and British Signal Intelligence (SIGINT) agencies. It was formed after World War II in 1946. The goal of the pact was to figure out how to decipher Soviet intelligence communication. It was known as the UKUSA agreement.

Later on, Commonwealth nations, Canada, New Zealand, and Australia, joined the alliance. It then became known as the Five Eyes Alliance, Five Eyes (5 Eyes), or FVEY.

During the Cold War, the alliance developed the ECHELON surveillance system, which made it possible to intercept Soviet communications. However, the system later became a tool to keep an eye on citizens home and abroad.

ECHELON became public information in the 90s, and people in the United States and Europe expressed their concerns. In the Wake of the 9/11 attacks and a campaign for a global war on terror, the Five Eyes nations emphasized the need for surveillance and in-depth data collection.

The growth of the internet and internet-based communication broadened the reach of the 5 Eyes. In 2013, Edward Snowden shed more light on the extent of surveillance and data gathering on domestic citizens and organizations by the U.S and its allies. These countries can have their allies monitor their citizens and share the information with their SIGINT agencies.

Over the years, the Five Eyes alliance grew to include several other ally countries. Similar to the original idea, these countries also agree to conduct surveillance and share sensitive information. Such information includes private communication between individuals as well as organizations.

Before 2013, the Nine Eyes was a very covert operation; but thanks to CIA analyst Edward Snowden’s whistleblowing, information about the alliance is now public. However, the 9 Eyes is not as intense as the 5 Eyes in surveillance and data gathering, but they function similarly.

As if the Five & Nine Eyes aren’t enough to keep an eye on billions of people, there is also the Fourteen Eyes alliance.

The Fourteen Eyes alliance comprises Nine Eyes, Germany, Italy, Spain, Belgium, and Sweden. The alliance is officially known as the SIGINT Seniors of Europe (SSEUR). Since 1982, the group has been cooperating on different terms.

Like the Five Eyes alliance, countries of the 14 Eyes were initially interested in intercepting intelligence communication between the USSR and its Allies.

There is usually a SIGINT Seniors meeting, where heads of intelligence agencies like the NSA, BND, and the French DGSE, share information and discuss related issues.

While the 5/9/14 Eyes alliance exists to promote each nation’s surveillance and intelligence gathering agenda, a couple of third-party contributors exist in the background.

These nations voluntarily share intelligence data with the Eyes group, and the group also shares information with them.

Going by news stories and Snowden’s leaks, it is now obvious that governments in member countries can gain access to your phone records, financial details, online activities, and other personal information if they wanted to.

With tools like the ECHELON program & the U.S’s PRISM program at their disposal, member countries can easily intercept your electronic communications directly from your devices or social media and then store the data to be analyzed or used as they please.

The Five Eyes Nations are advocates against encryption and have campaigned for the breach of privacy rights for the sake of national security.

How to Protect Yourself

With so much data on the internet, it only makes sense that you are conscious of the 5/9/14 Eyes alliance and other surveillance programs.

These data monitoring and collection projects can jeopardize your safety. Government agencies might intercept your communication, sanction certain online services, or your ISP to provide personal information on you. This information can be collected or traded without you having the slightest clue.

Nonetheless, One effective way to protect your privacy is to use a VPN.

A VPN protects your online privacy and encrypts your traffic from monitoring parties. Your actual IP address is hidden with a VPN while you surf the web with a virtual IP provided by the VPN Server.

Without a VPN, you are not safe online. However, it is important to use a VPN that isn’t based in any of the  5/9/14 Eyes countries. That way, you stay safe from government sanctions or surveillance. See our recommended picks below.

ExpressVPN is currently the best VPN on the market in terms of privacy and security. The company operates over 3000 servers in 94 countries. Yes, some of these countries are part of the 5/9/14 Eyes alliances, but you have nothing to worry about. ExpressVPN has its headquarters in the British Virgin Islands, which isn’t in their jurisdiction.

The VPN’s servers are perfect for anonymous activities and unblocking geo-restricted content. It also has a no-log policy.

ExpressVPN also has amazing offers like a 30-day money-back guarantee and subscription deals. At the moment, you get extra three months for free when you pay for a one-year subscription.

NordVPN uses AES 256-bit encryption keys to keep your data traffic & IP address away from the 5 Eyes. It has a vast network of over 5000 servers in 59 countries. It also maintains a strict no-log policy, so whatever you do online while connected to one of their servers isn’t stored and analyzed.

Most importantly, NordVPN’s headquarters is in Panama, and the country doesn’t belong to or support any of the alliances, so it can guarantee your safety from their surveillance. The VPN also has a 30-day money-back guarantee and other useful offers. For now, you can purchase a 2-year subscription plan at $3.71.

Surfshark is another great choice to protect yourself from interference and surveillance. It uses military-grade 256-bit encryption to safeguard your data traffic. Surfshark operates more than 1,700 servers in 63 countries, so you get enough options for switching your IP address from time to time.

Surfshark is based in the British Virgin Islands, so your data is safe. The VPN also operates a no-log policy and provides DNS leak protection. You also get the ability to access and stream restricted content.

Being pro-anonymity, Surfshark provides cryptocurrency payment options. If you decide to end your subscription within the first 30-days, you enjoy a money-back guarantee.

There are many ways governments can sanction VPNs. Without strict no-log policies, governments could collect your data traffic or any other personal information from VPN companies.

These no-log policies have shown how effective they are in real-life scenarios. For example, The Turkish police tried to access an ExpressVPN user’s data, but the company maintained its no-log policy.

When you use a VPN, that doesn’t guarantee you don’t leave a trail on the internet, and that info can point the government in your direction.

The 5 Eyes, 9 Eyes, and 14 Eyes alliances were formed to protect nations from adversaries, but these days they monitor and collect data on billions of people, including their citizens.